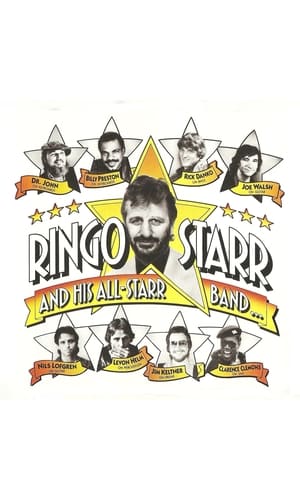 Ringo Starr and His All-Starr Band 1990

After an absence of several years (1983's Old Wave had been his last release to date), Ringo surprised everyone by hitting the road for a series of sold-out U.S. concert dates in 1989 and 1990. Keeping with the "With a Little Help from My Friends" aesthetic that produced Ringo's best solo work, the All-Starr Band tour featured appearances by Dr. John, Joe Walsh, Clarence Clemons, Billy Preston, Nils Lofgren, Jim Keltner, and Rick Danko and Levon Helm of the Band. This enjoyable live document does a solid job of capturing the tour's jam-party atmosphere, with most of the guests trading turns at the microphone; Lofgren's wistful "Shine Silently," and Helm and Danko's soulful rendition of "The Weight" are worth the price of admission in themselves. Ringo alternates his biggest solo hits with some well-chosen oldies and generally sounds like he's having the time of his life. --Dan Epstein