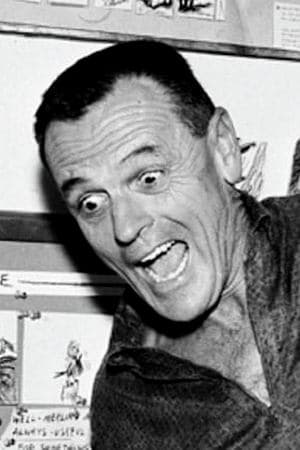 Reitherman began working for Disney in 1934, along with future Disney legends Ward Kimball and Milt Kahl. The three worked together on a number of classic Disney shorts, including The Band Concert, Music Land, and Elmer Elephant and in all, Reitherman worked on various Disney feature films produced from 1937 to 1981, including Snow White and the Seven Dwarfs (Slave in the Magic Mirror) to The Fox and the Hound (co-producer). He did the climatic dinosaur fight in Igor Stravinsky's The Rite of Spring in Fantasia, the Headless Horseman chase in "The Legend of Sleepy Hollow" section in The Adventures of Ichabod and Mr. Toad, the Crocodile in Peter Pan, and Maleficent as a dragon in Sleeping Beauty (the former three he animated and the latter he directed). Beginning with 1961's One Hundred and One Dalmatians, "Woolie", as he was called by friends, served as Disney's chief animation director. One of Reitherman's productions, the 1968 short Winnie the Pooh and the Blustery Day, won the Academy Award for Best Animated Short Film. He also served as a producer and sequence director, and starred as himself in the 1941 feature film The Reluctant Dragon. All three of Reitherman's sons — Bruce, Richard and Robert — provided voices for Disney characters, including Mowgli in The Jungle Book, Christopher Robin in Winnie the Pooh and the Honey Tree, and Wart in The Sword in the Stone. Reitherman directed several Disney animated feature films including, One Hundred and One Dalmatians (1961), The Sword in the Stone (1963), The Jungle Book (1967), The Aristocats (1970),Robin Hood (1973) and The Rescuers (1977). He is also known for reusing animation in movies directed by him. According to Floyd Norman, this was just one of his trademarks, and had nothing to do with time or cost savings: "Woolie was our director on The Jungle Book. Reuse was just Woolie’s thing. He never did it to save money. I really don’t think the “Old Guard” ever had any interest in saving money. I was never a big fan of reuse, but it wasn’t my place to tell these old guys what to do. One final thought. It never seemed to bother Walt, and I never heard him complain about reuse." -From Wikipedia entry